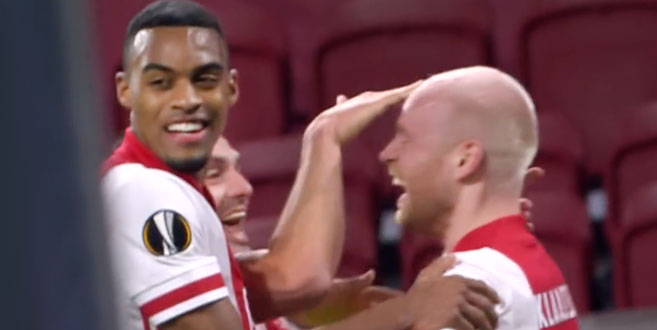 This Thursday, the UEFA Europa League Ajax’s quarter-finals – AS Roma will be played in the Johan Cruijff Arena in Amsterdam. Can the team from Amsterdam get a lead on the Italian team in the first leg and finish the job in Rome next week? MIWIE has already found up the highest odds for you. Do you play along on this exciting game between Ajax and AS Roma?

The Head 2 Head statistics of Ajax Amsterdam – AS Roma are short. There is only one game in the international history books. In the 2002 – 2003 season, both clubs competed against each other in the UEFA Champions League. The history is, therefore, relatively short.

What are the statistics of the two clubs?

Ajax managed to deal with Young Boys quite easily in the previous round. The Swiss squad was defeated 3-0 in Amsterdam and out 0-2. The French Lille also had to believe it with two victories for the team from Amsterdam 2-1 and 1-2. AS Roma troughed the strong Shakhtar and won twice against the Ukrainian team. It became 3-0 and 1-2 for the football team of trainer Fonseca in Rome. A round earlier, Roma played against Braga and won that diptych 0-2 and 3-1.

How is Ajax doing in result lately?

Ajax has not been beaten since the Champions League match against Atalanta Bergamo. The Italian squad won 0-1 in Amsterdam. Ajax is still in first place in the Eredivisie and won 1-2 against SC Heerenveen last weekend.

And what about AS Roma?

AS Roma started the week with an away match in Serie A at Sassuolo. The trainer Fonseca was unable to win (2-2) from the number nine in the Italian league. Roma themselves are in seventh place. Before the away match at Sassuolo, Napoli lost 0-2 and Parma 2-0, but Roma did win the away match at Shakhtar 1-2 in the Europa League.

What are the odds for Ajax Amsterdam – AS Roma?

The bookmaker odds for Ajax versus AS Roma are kept relatively high at the online bookmakers. That only happens if there isn’t really a favourite. A victory for the team from Amsterdam is, on average, worth 2.00 times your stake. You can safely call that a doubling of your playing amount.

Are you playing an AS Roma stunt, where our fellow countryman Rick Karsdorp plays in midfield? Then the potential profit bonus at the sportsbook makers is 3.65 times the amount on your bet slip!

A draw provides the highest odds in this Europa League match from the quarter-finals. On average, a pre-odd of 3.75 is used for a split of points between Ajax and AS Roma. We have taken the odds from Unibet.eu, as an example of what to expect for this quarter-final match.